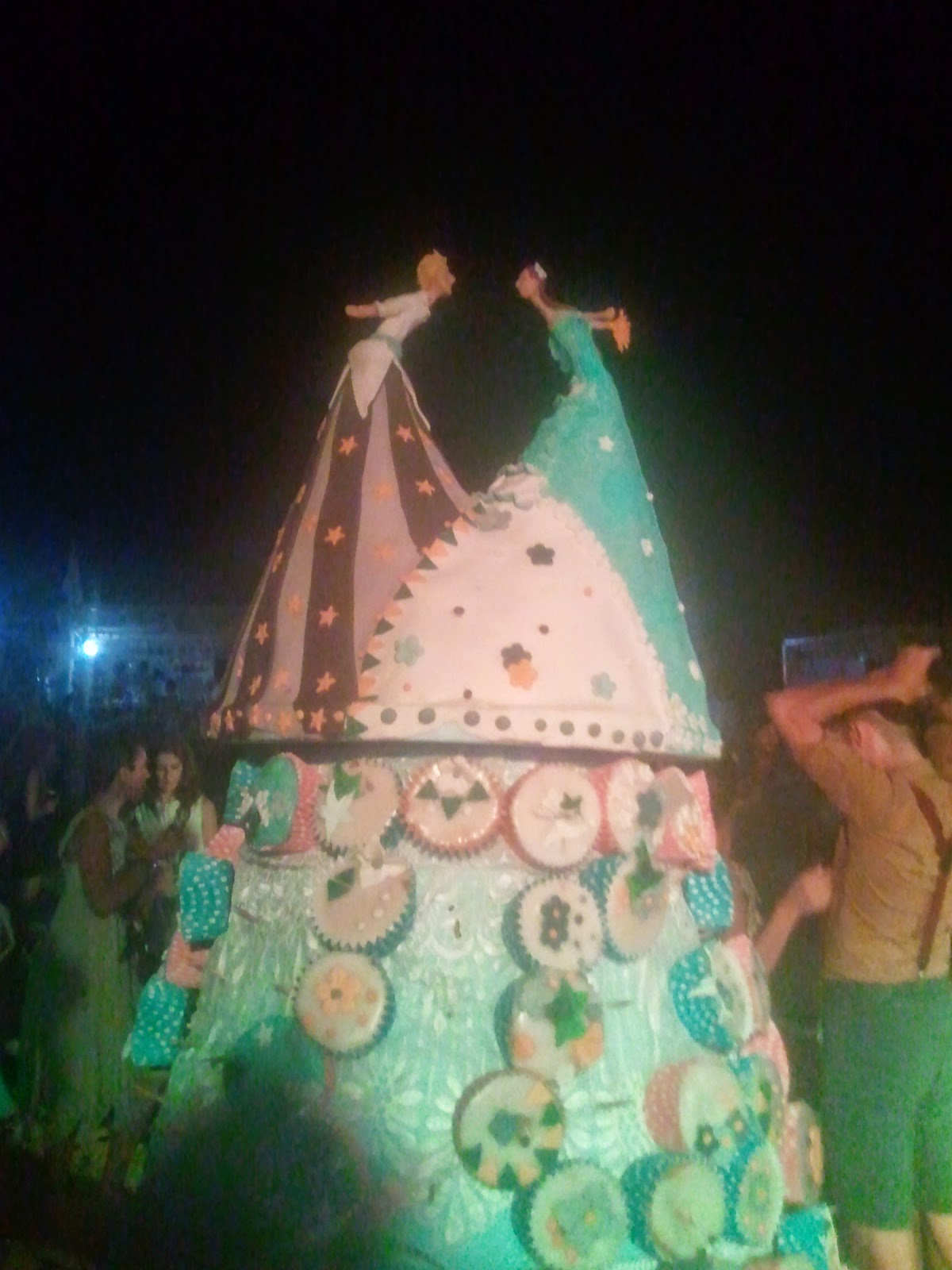 It's the first time in my life that i went to a thing called "wedding". At first i thought we were going to these parties we are going often which people gather to move around each other in colorful objects above and a loud bass rythm at the background. But no this was way much different than these ones.
As far as i listen the chats around during the wedding, i learned that this beautiful girl "Deniz" and this handsome boy called "Till" are getting married. You see? Another new word to learn. Marriage is another weird human custom guys. Which simply means if two human love each other sooooooooooo much, sometimes they promise to support each other for a lifetime in good or bad days. I don't know why they are celebrating it though. We dogs don't do that. We usually love our partner all our lifetime from the first time we met but never celebrate. I think it's worthed to celebrate love. Celebrating the presence of the one you spend most of your life with. Love should be an infinite celebration then. After all, i kinda like this wedding thing. There even was a very good looking cake which i shouldn't suppose to eat. You know, first rule of the dog club is you should not eat anything which contains sugar. The cake was made by Zeynep and Irmak. Culu ate three or four of them whitout hesitation. Anyway there was a lot of acts at night on stage they build on the beach. Some juggling, dances, flamenko (the girl was an extremely good singer) and at the end bunch of friends play some live music while the youngsters freaks out. We even get in the water while these air blowing candles flying into the air.
After the little introduction let me tell you what we did yesterday as three Romans going to a wedding representing Phaselis. 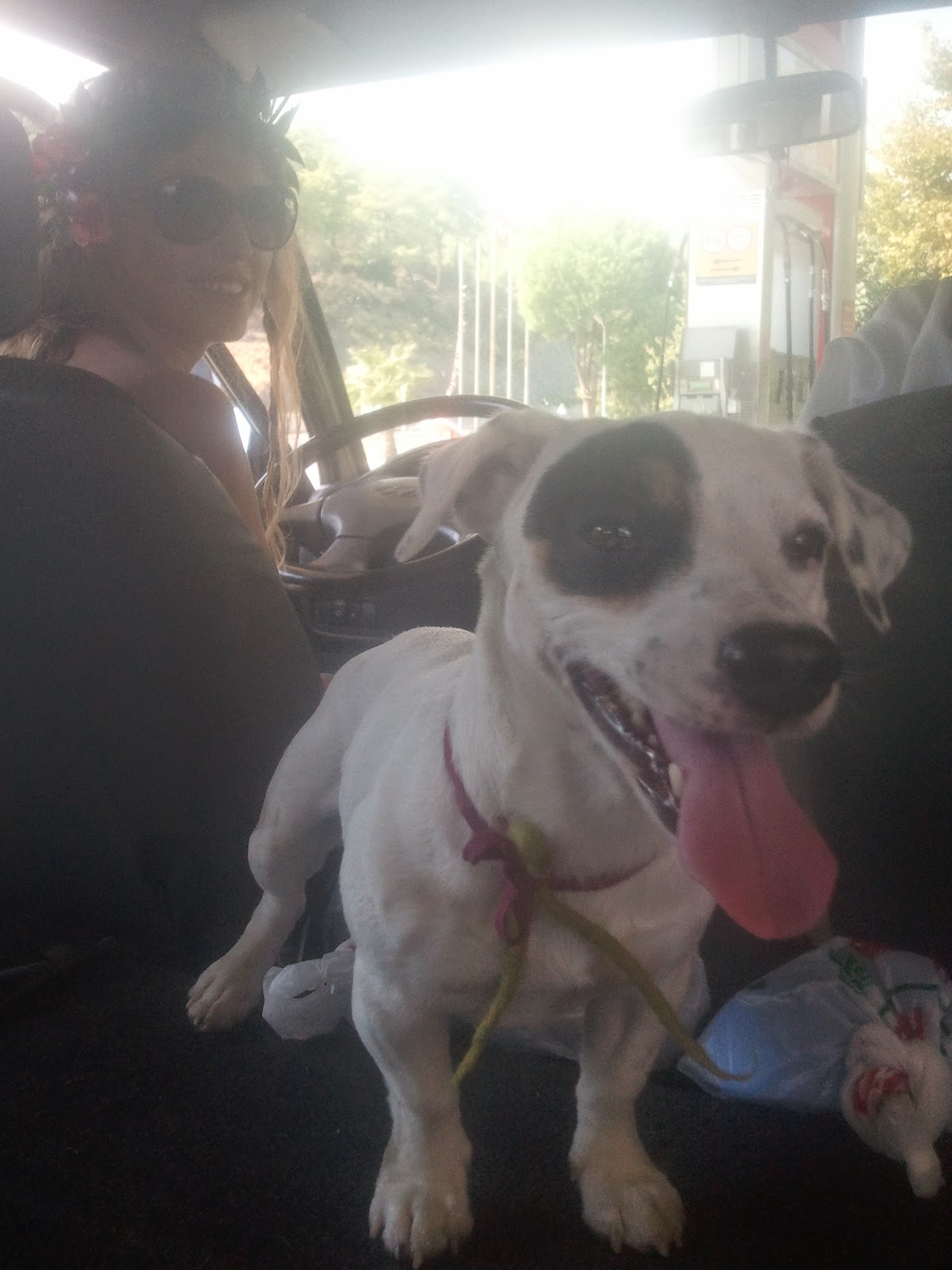 The wedding ceremony was at Apollon Temple in Side. One hour drive from Antalya to the east. The antique Greek city was an important science and cultural center for centuries. There were ruins of ancient civilisations everywhere. So i think that's why Deniz, Serdar and Culu dressed their togas and leaf crowns before we leave sundance. It was a two and a half hour drive from Phaselis, Tekirova to Side and it was again too hot. Deniz drove us there while my two other Roman looking friends were enjoying the ride. Then we all got hungry and stop by a bakery to get something to eat. But it is definitely not like buying food like usual. 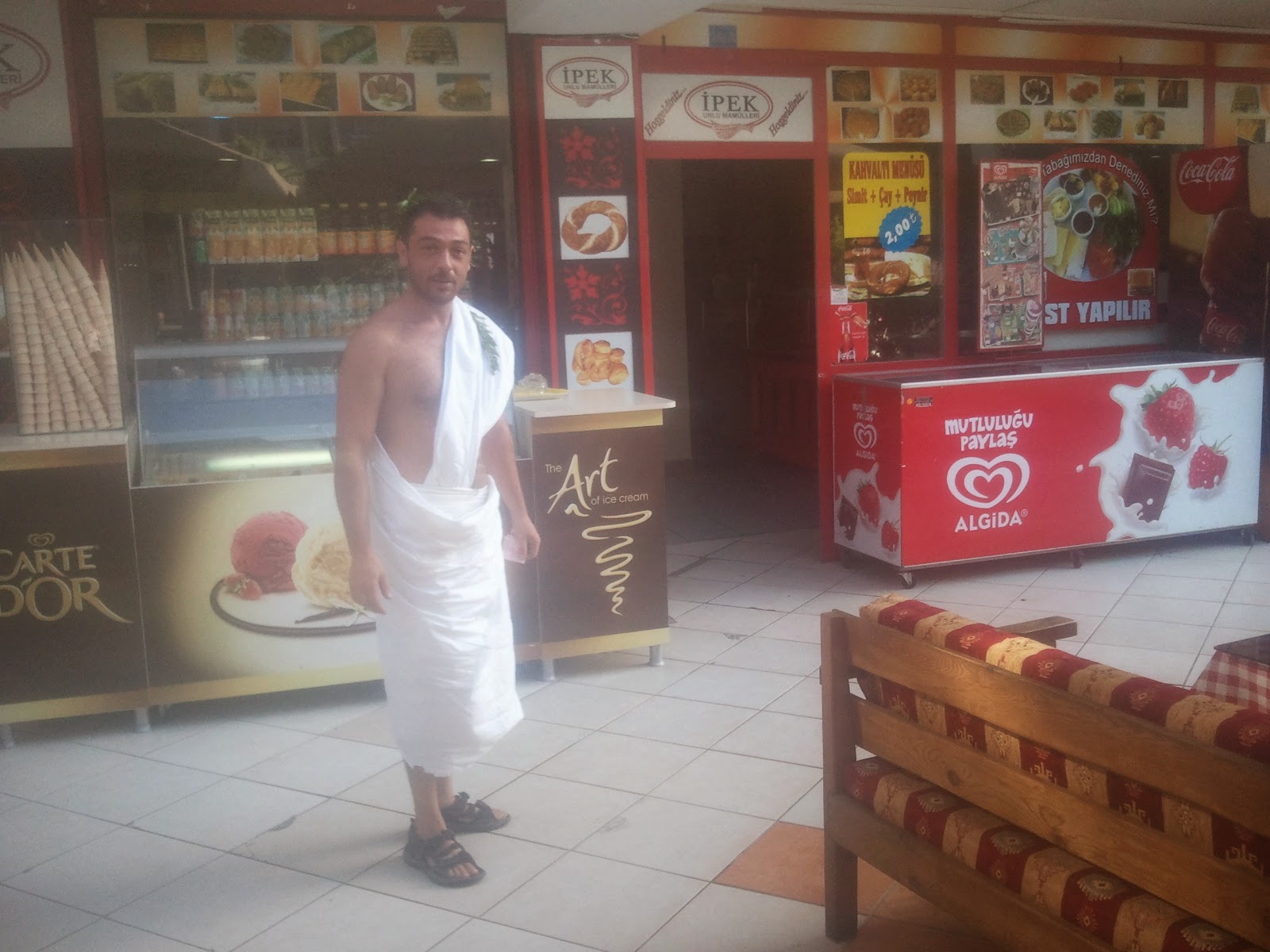 Here is Serdar trying to get something to eat for us. The owner lady at first got scared of that half naked pilgrim. You should see her face when a roman came into her shop and asks for snack. 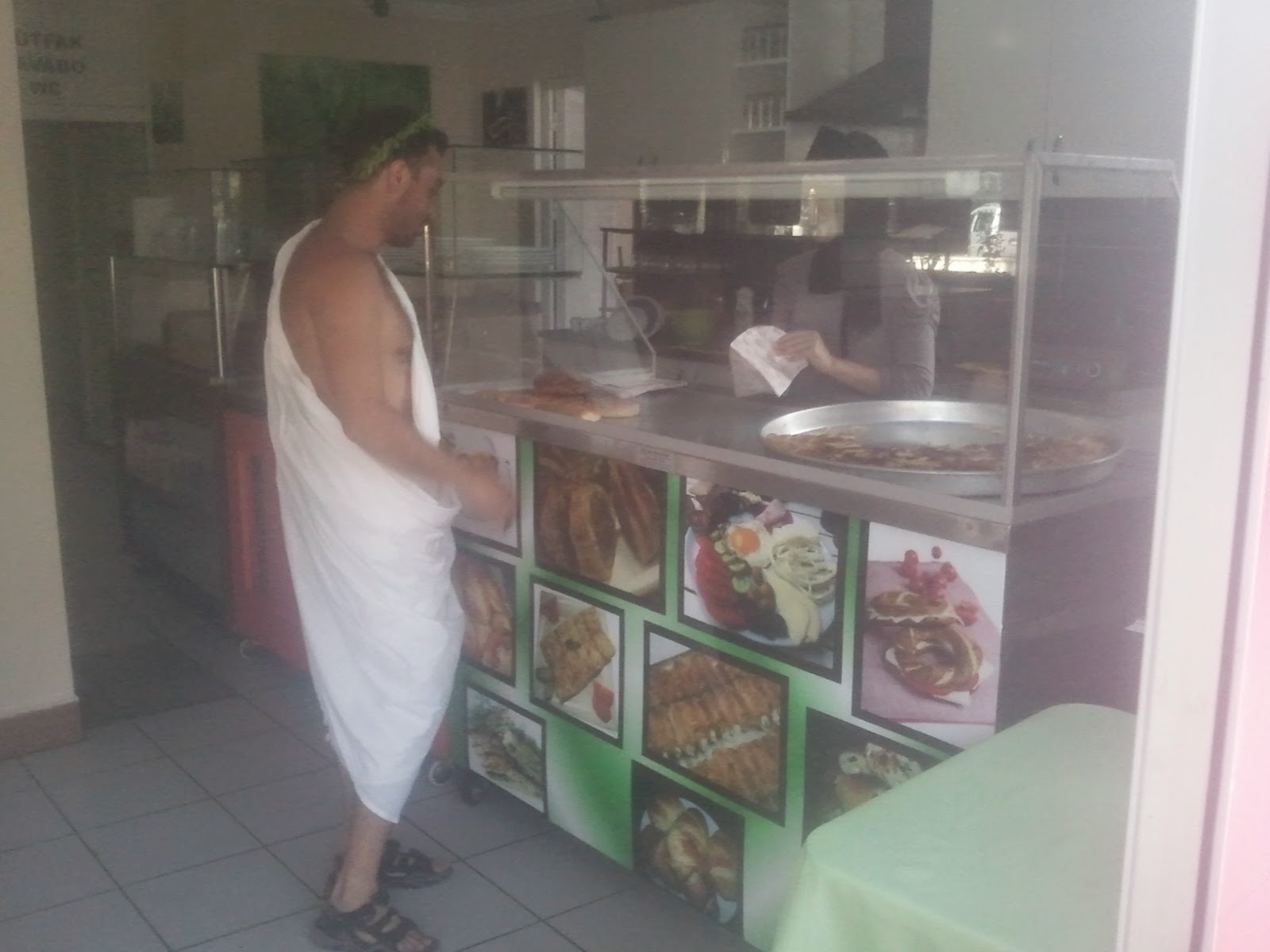 A Roman buying "börek" seems quite a weird combination huh? 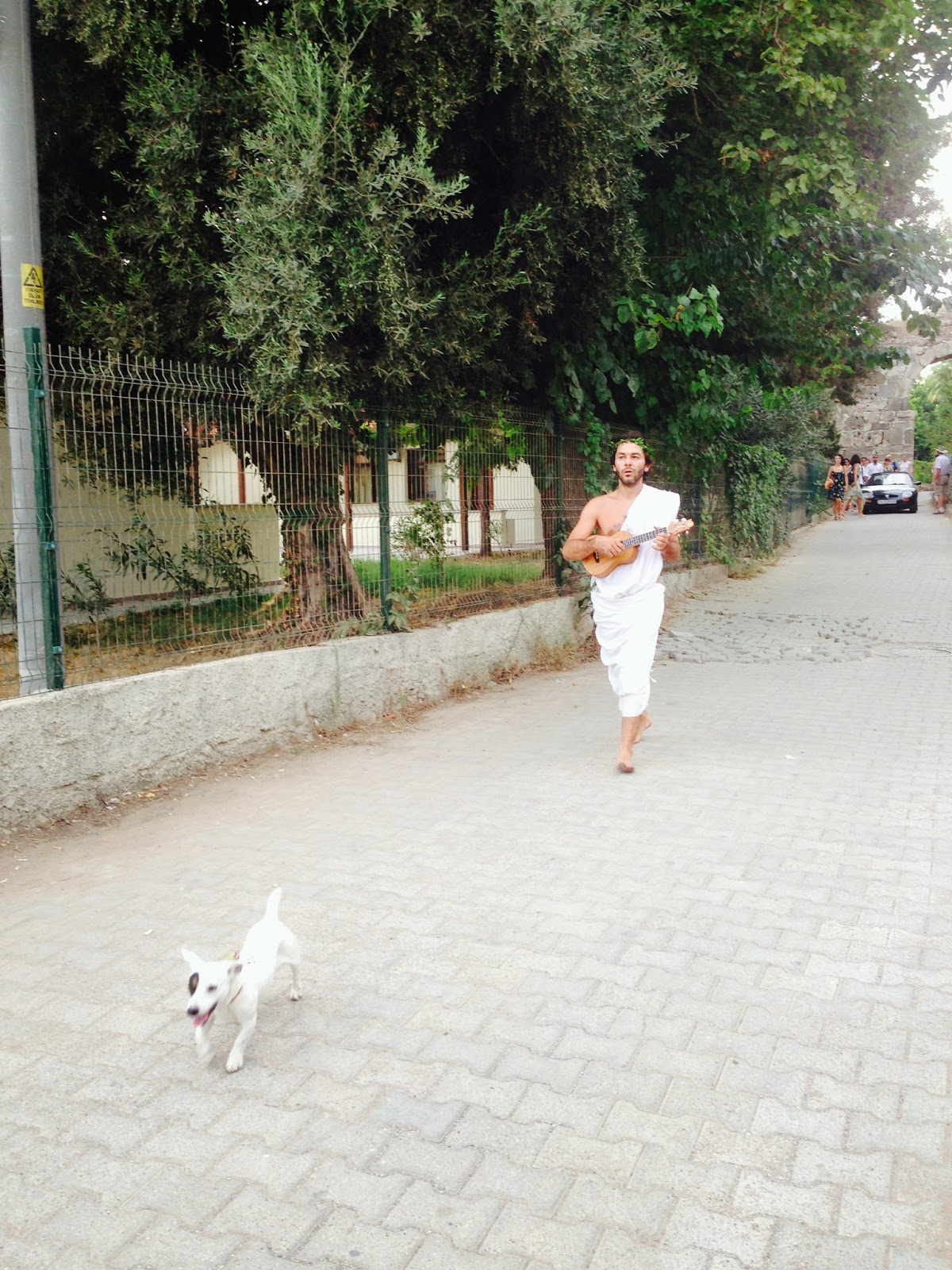 When we arrived Side we went to join our crew at the agora of the ancient city by taking all the attention of the curious tourists and locals around. Culu was playing constantly his ukulele when we are entering the site. Here you see Serdar and me at the main gate of the temple ruins. 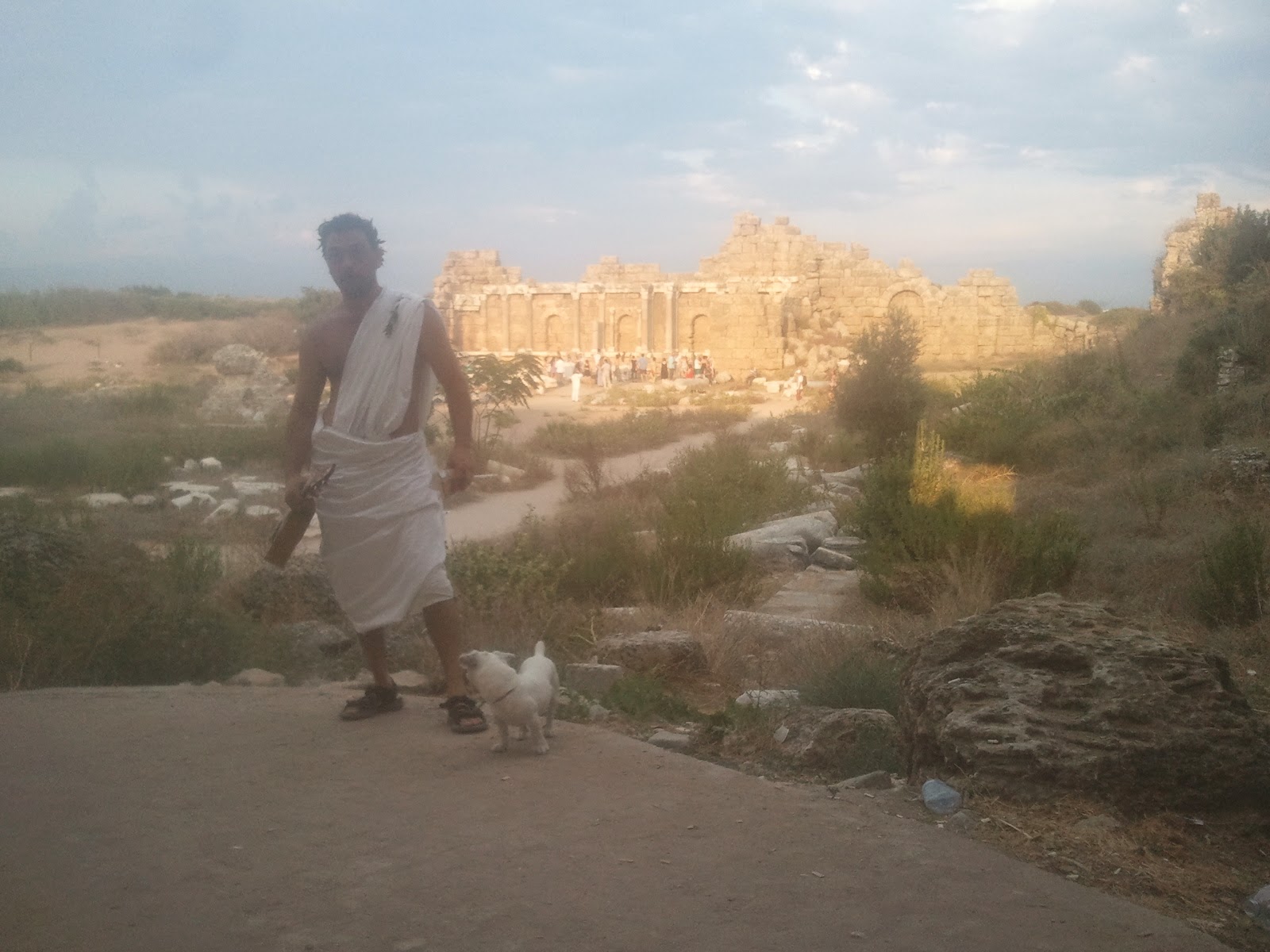 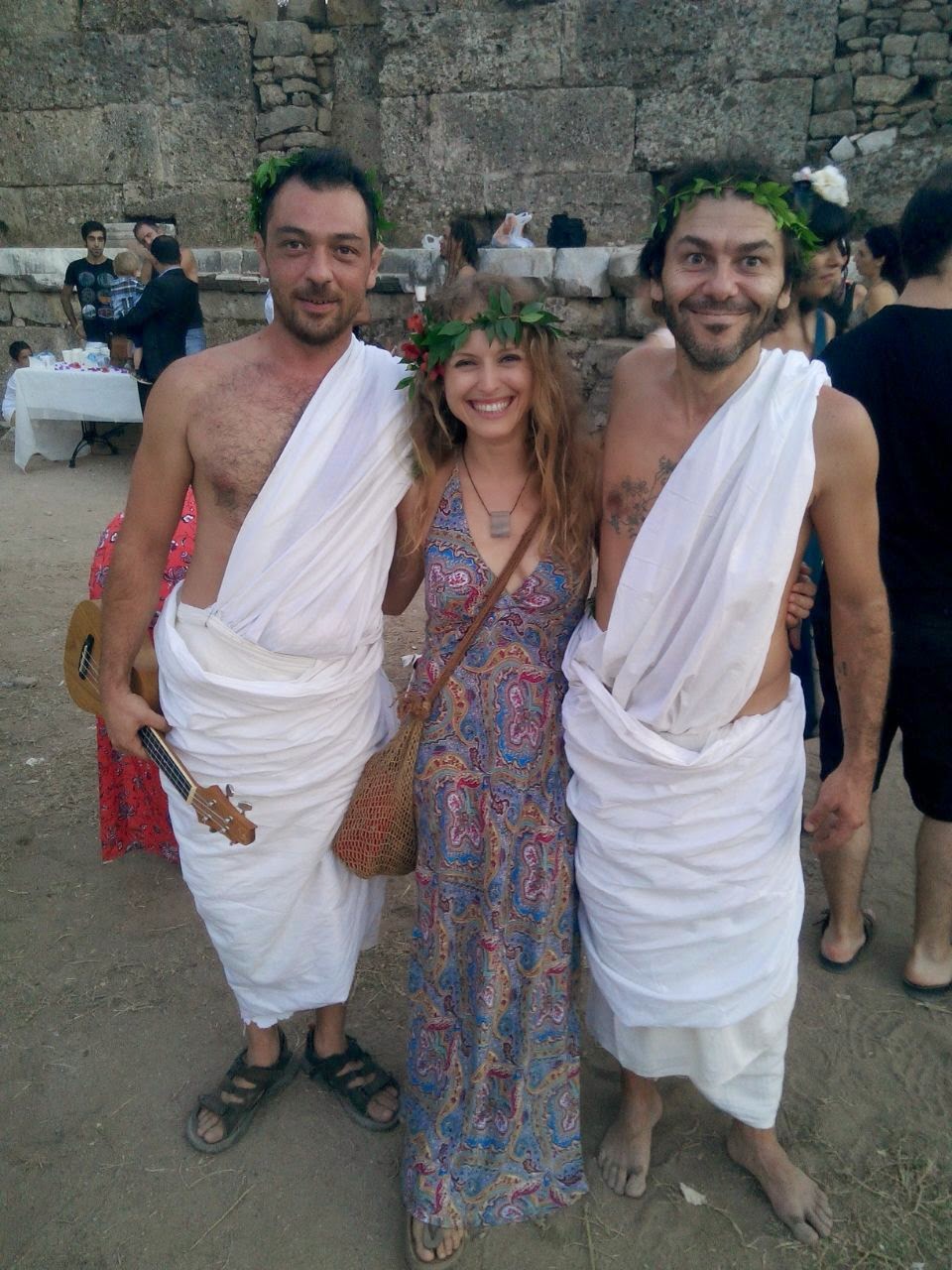 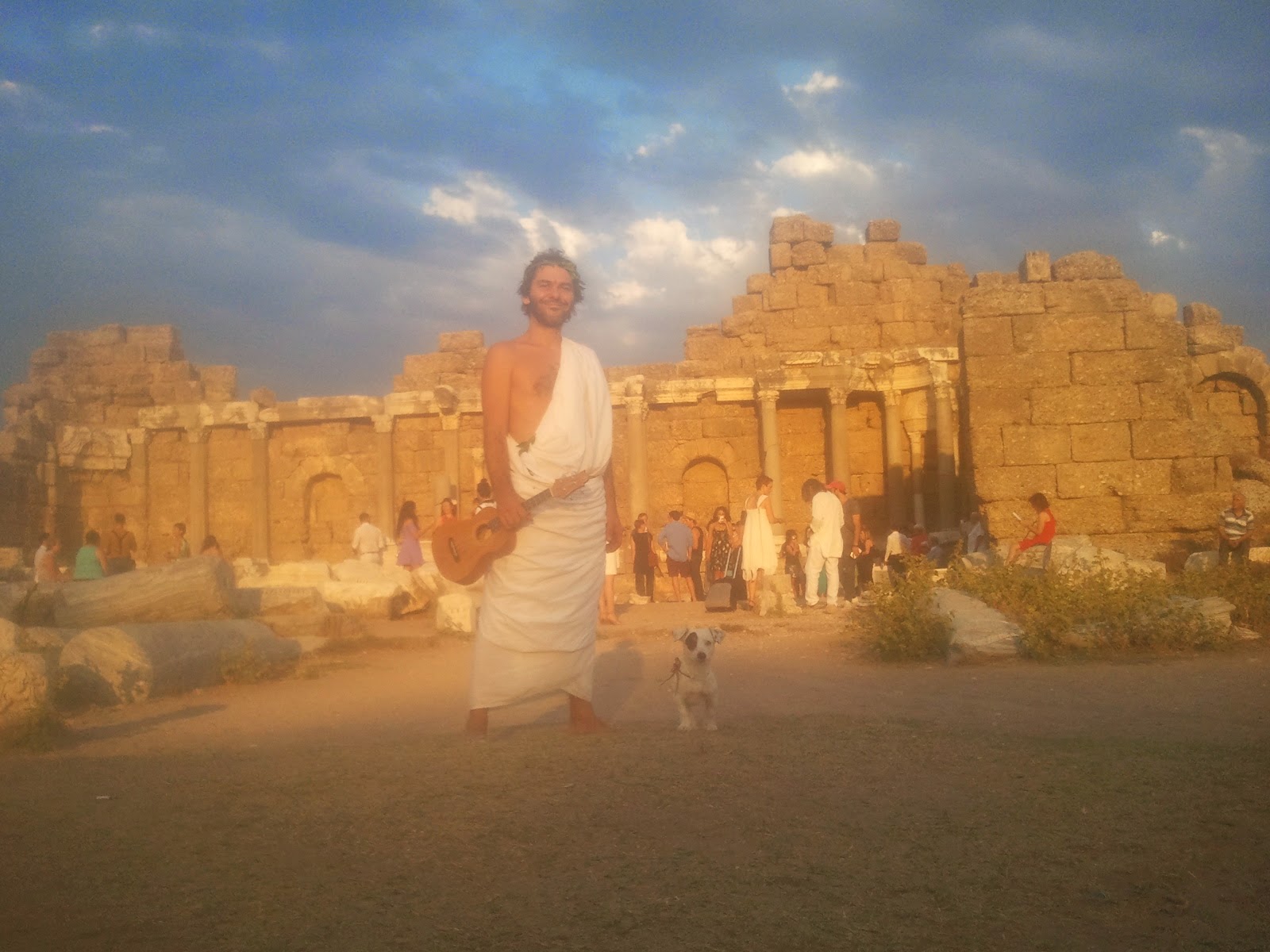 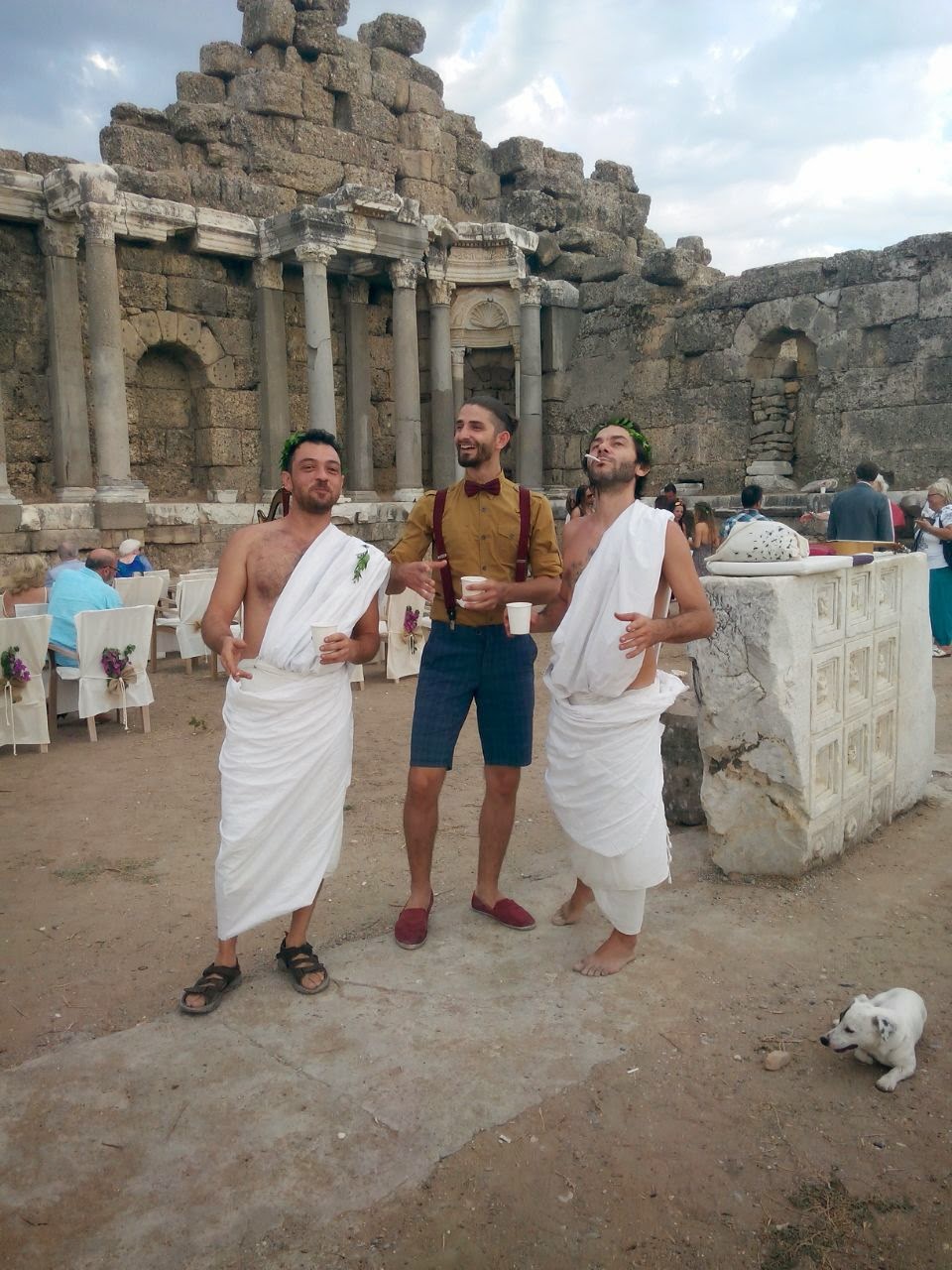 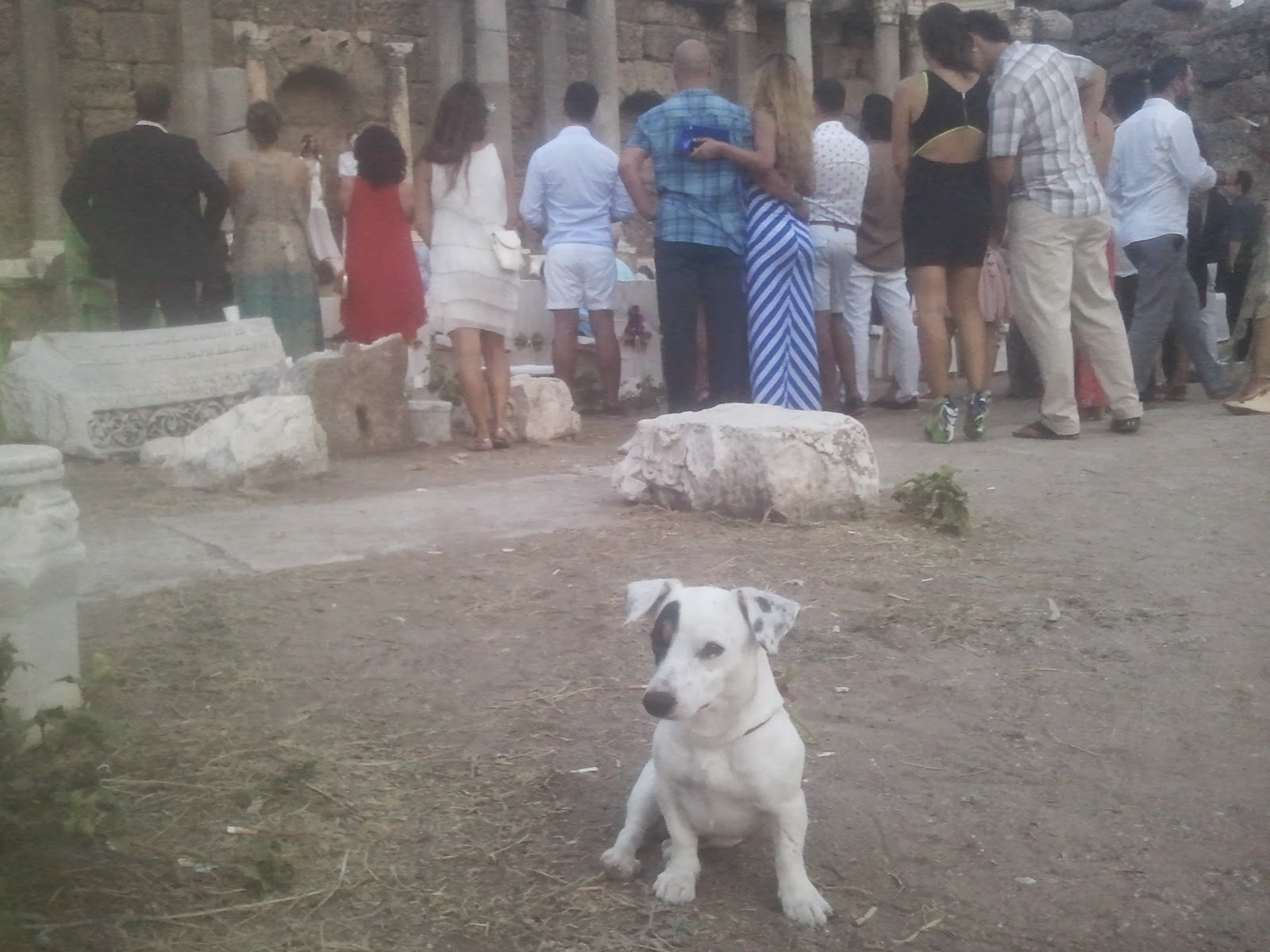 We were the only Romans who came to the ceremony. While people were having sensible moments i turn around to check if there is anybody like me who joins the party. Since i am the only one who's four feet touching the ground i thought it's better to chill and enjoy the atmosphere. 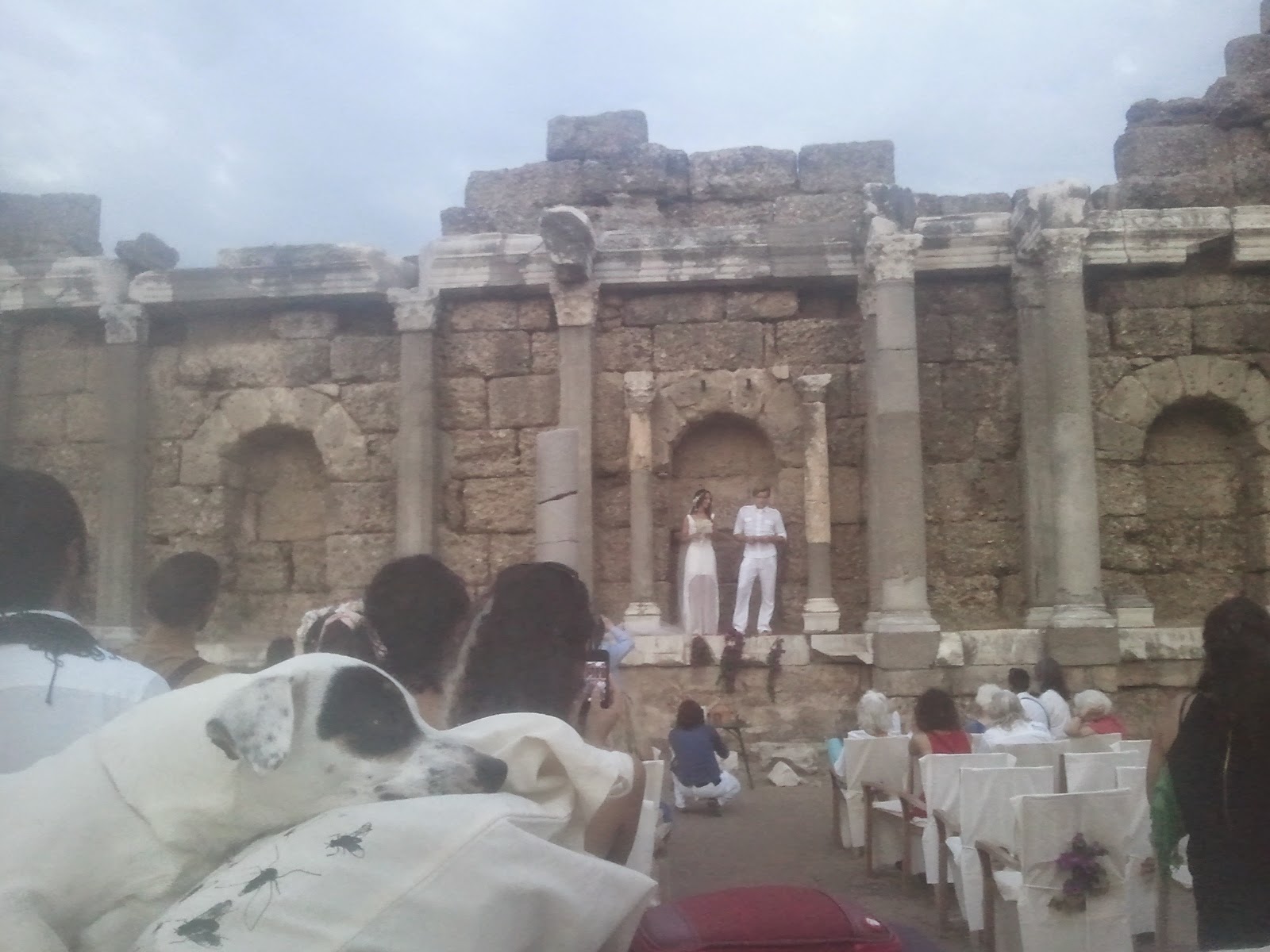 Deniz und Till are about to declare that they already got married. Let me tell you something folks. Most of the job about marriage is to show some patience and respect to each other. Well i respect these guys and patiently wait untill the end of the ceremony for some new attractions. But after a while we all move to a beach club to celebrate the day and have some fun. 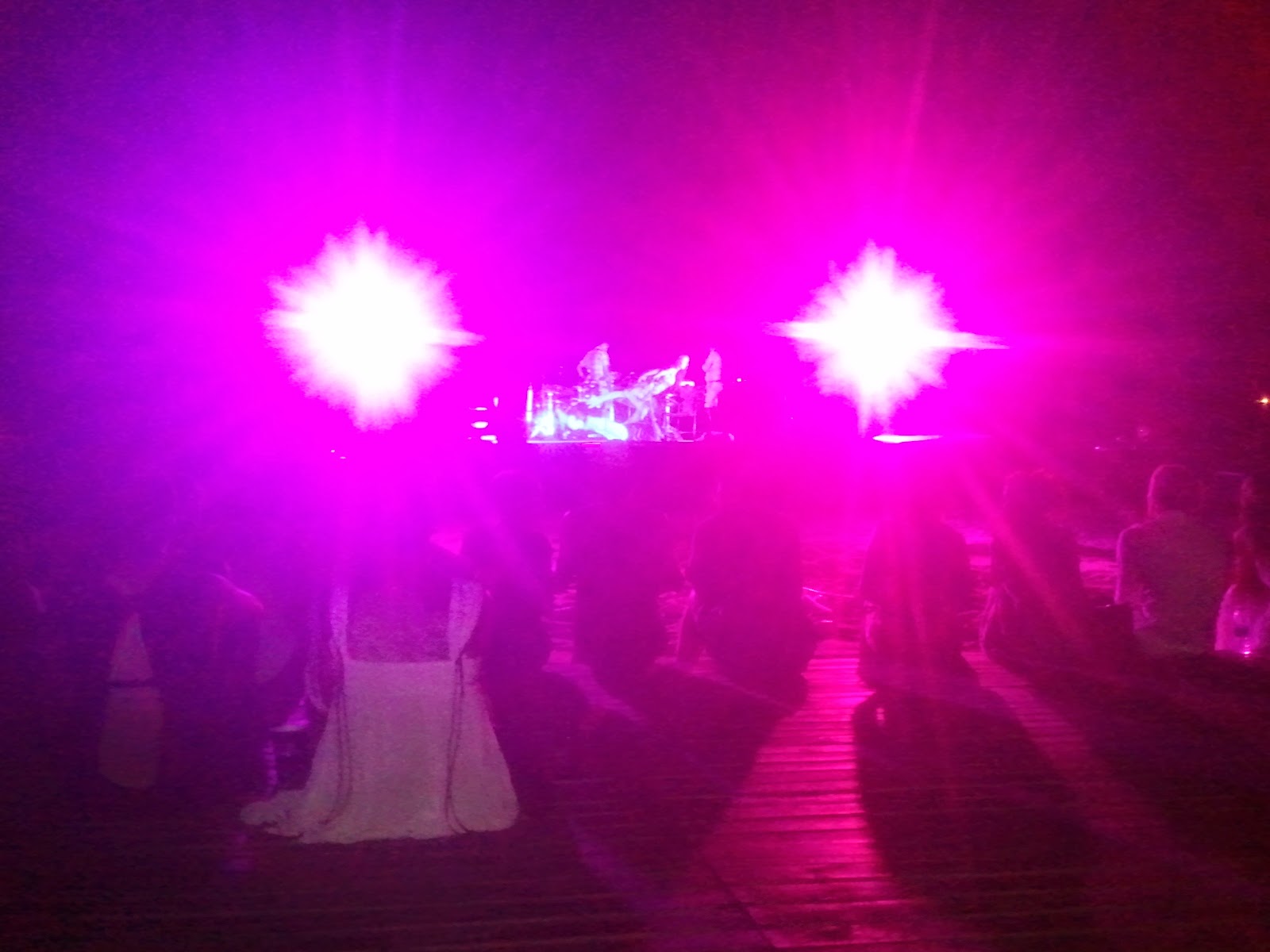 A lot of dancing performances held on stage during the night. The flamenko pieces was the part i like the most. After the singing part Deniz herself also performs some  "Allegria" style dances which she was practicing recently. 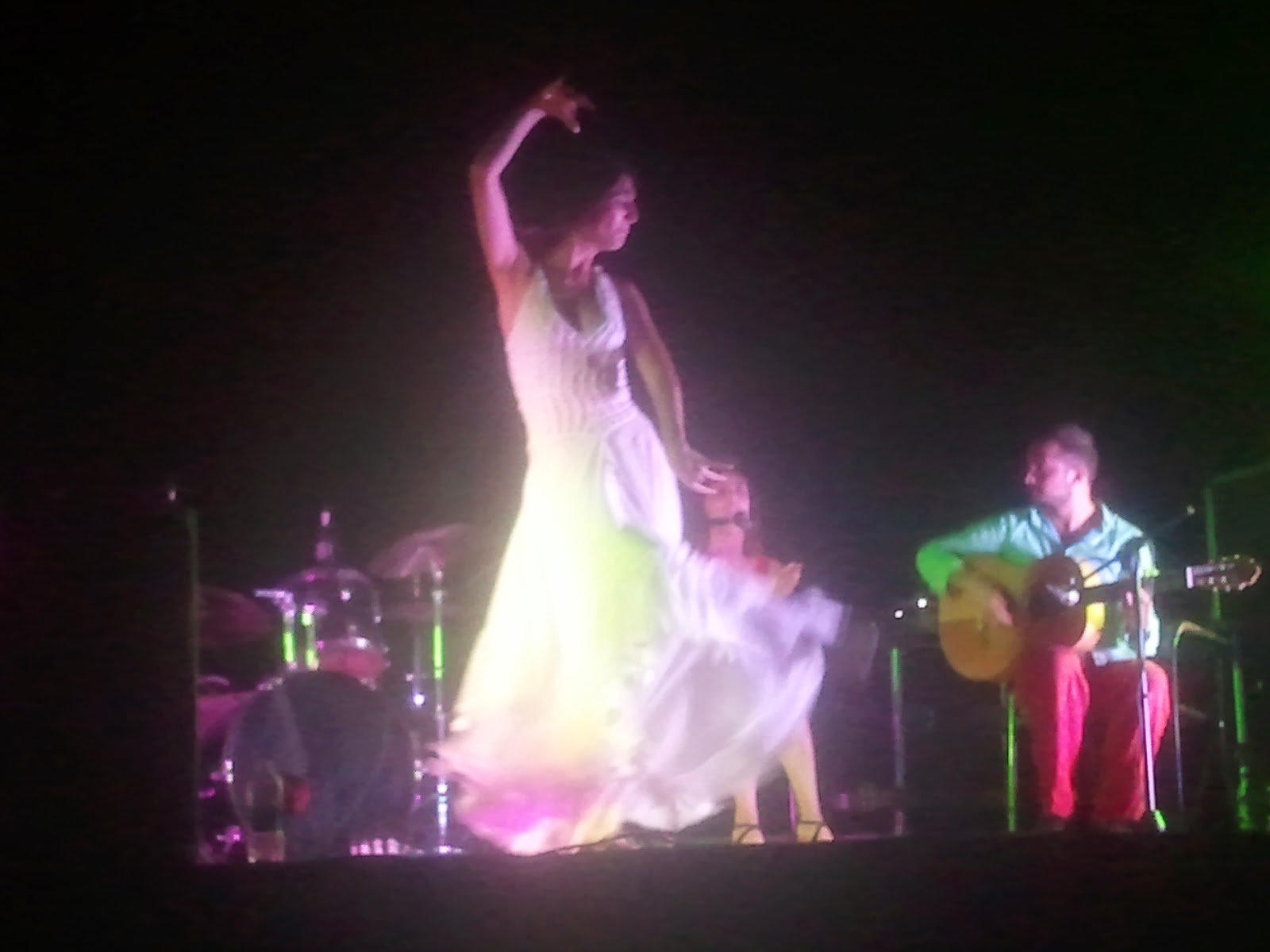 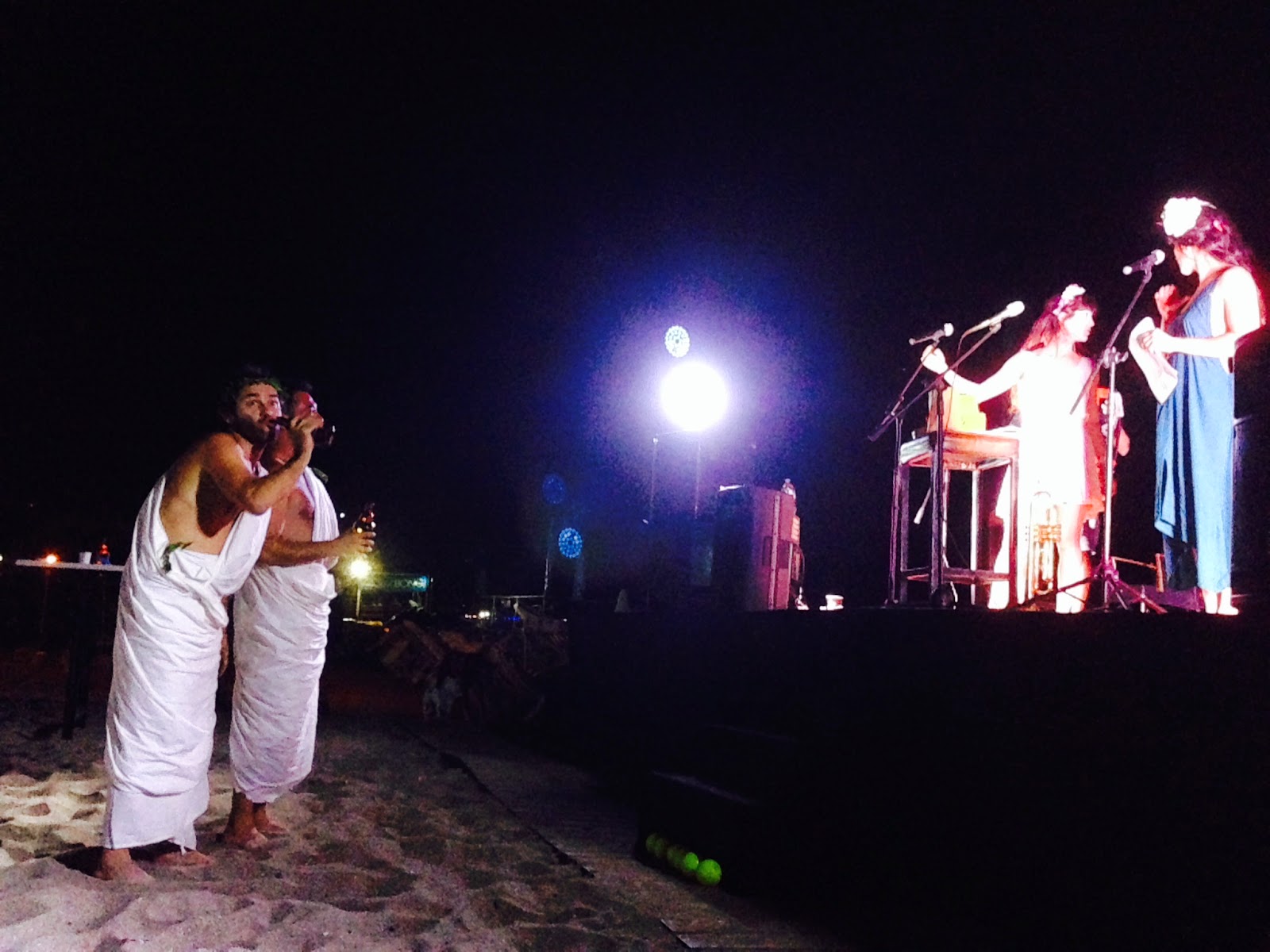 There you see stupid Culu enjoying the party with his Roman mate. The wedding party ends with the live band formed by our legendary "Kuyumcu Sistas" then everybody get in the water including me. I can't resist to bite these fluffy waves foaming towards me. Well my real party starts when we all got back to Deniz und Till's house to sleep. Suprisingly my two new friends were waiting at the gate for my visit. They were two very gentle person who welcomes us in their sanctuary. 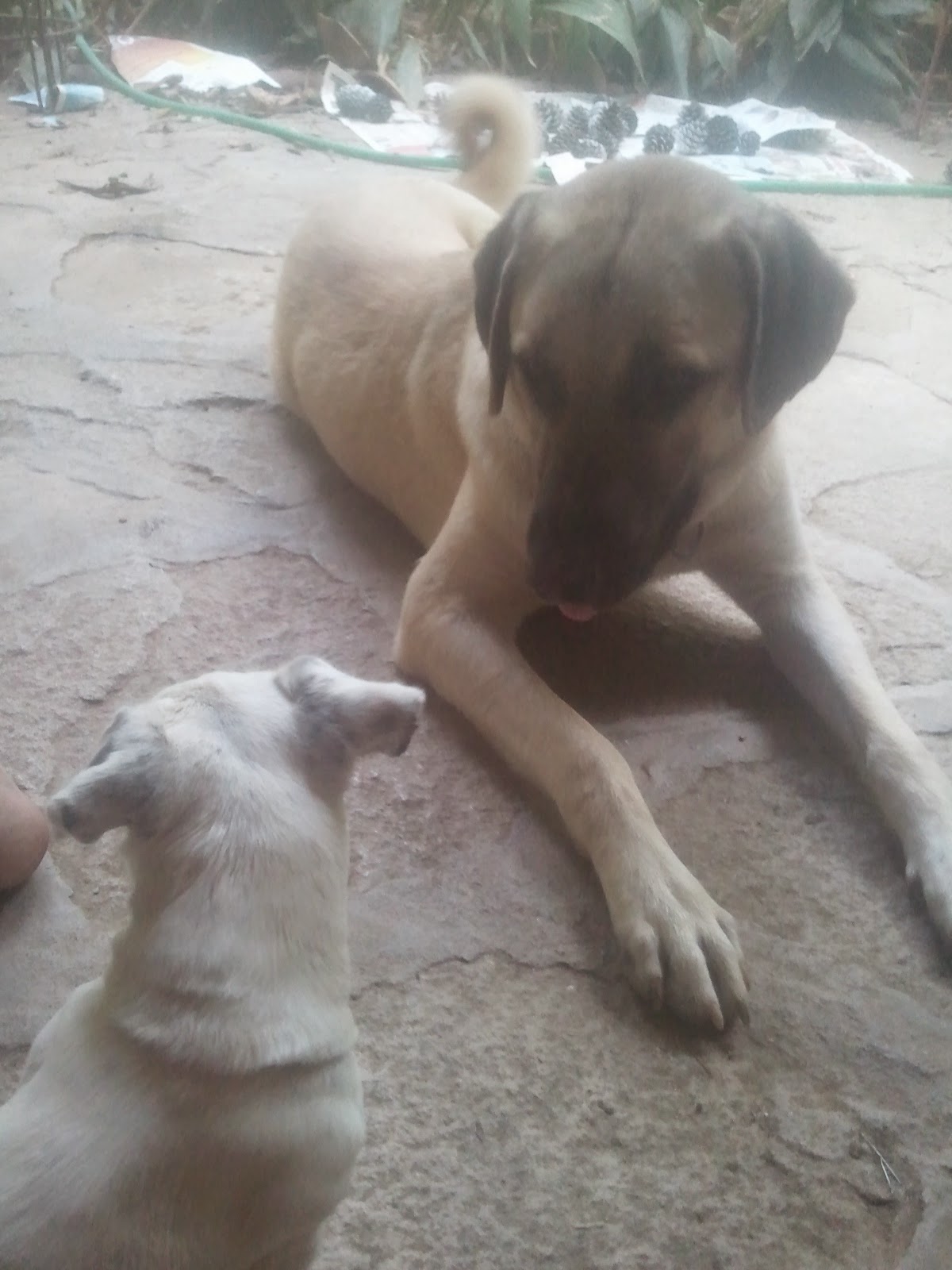 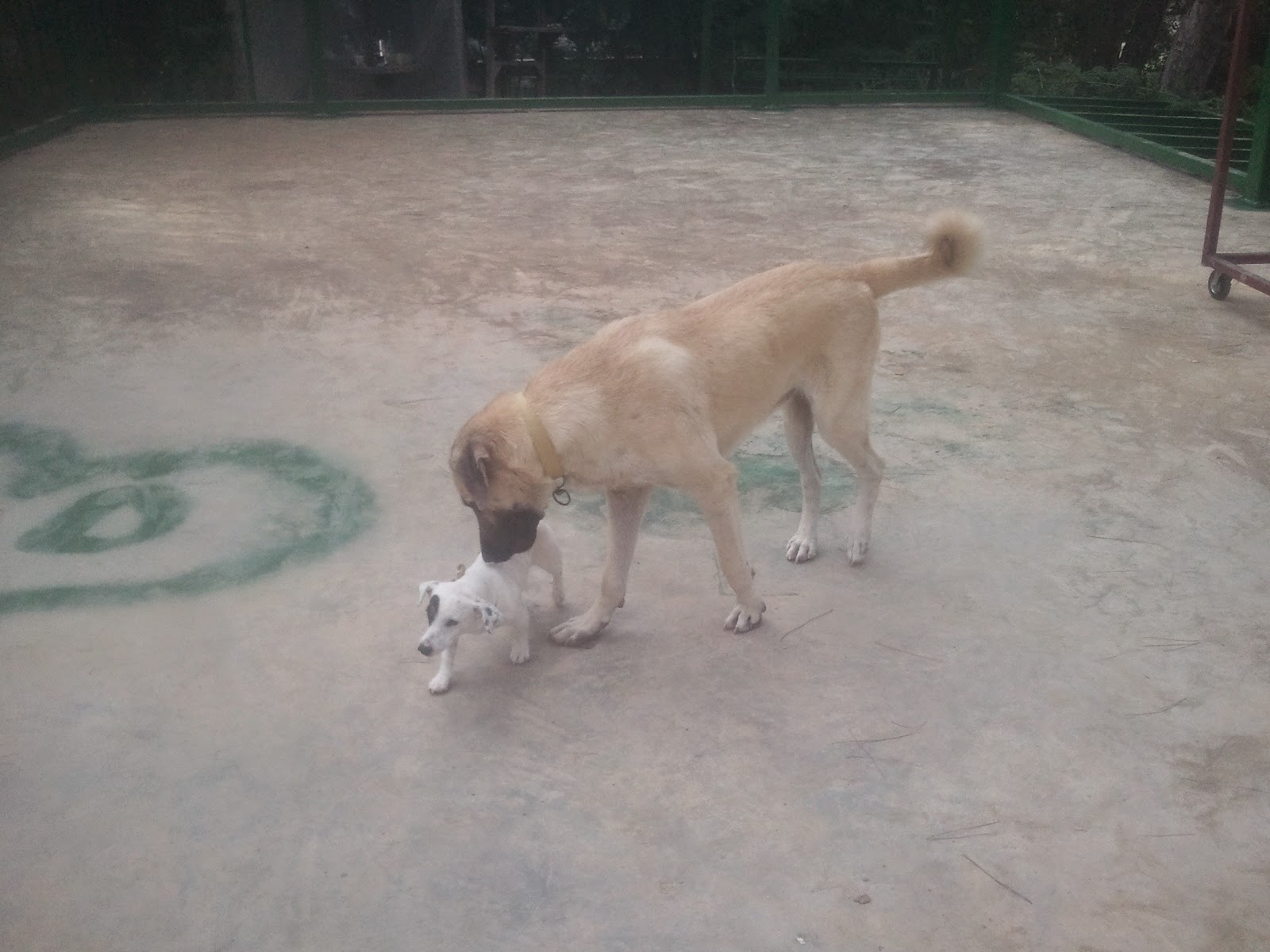 And here is Baloo when we are inside this gigantic circus space they are building in their backyard. It's a beautiful construction in the middle of the woods. What i heard, one side will be all glass looking at the woods and the opposing side will be mirrors therefore when you are practicing you will be all covered by trees. Quite a lucky young couple huh? 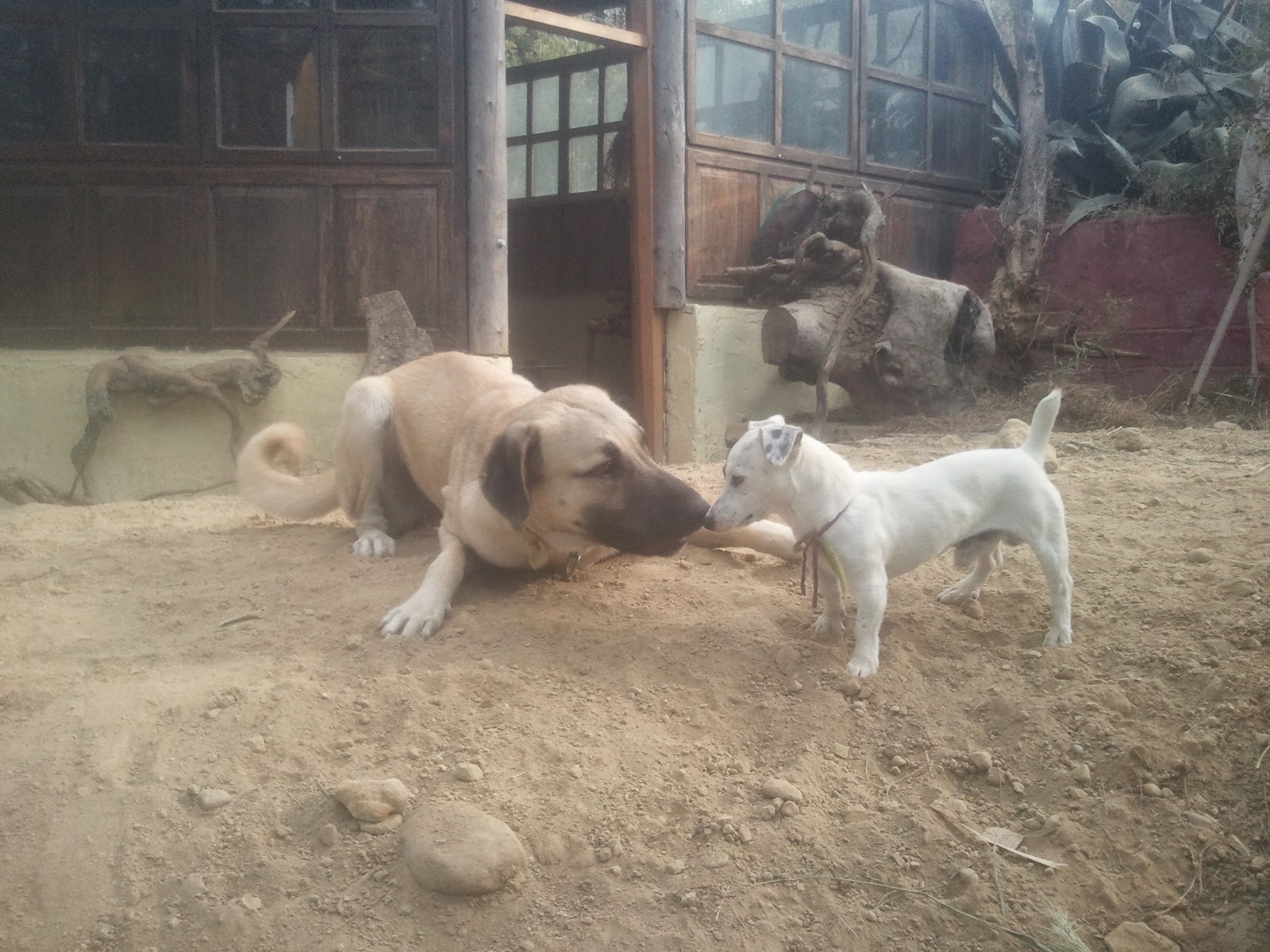 Me and Baloo chating in the garden. They were too generous to show me around. 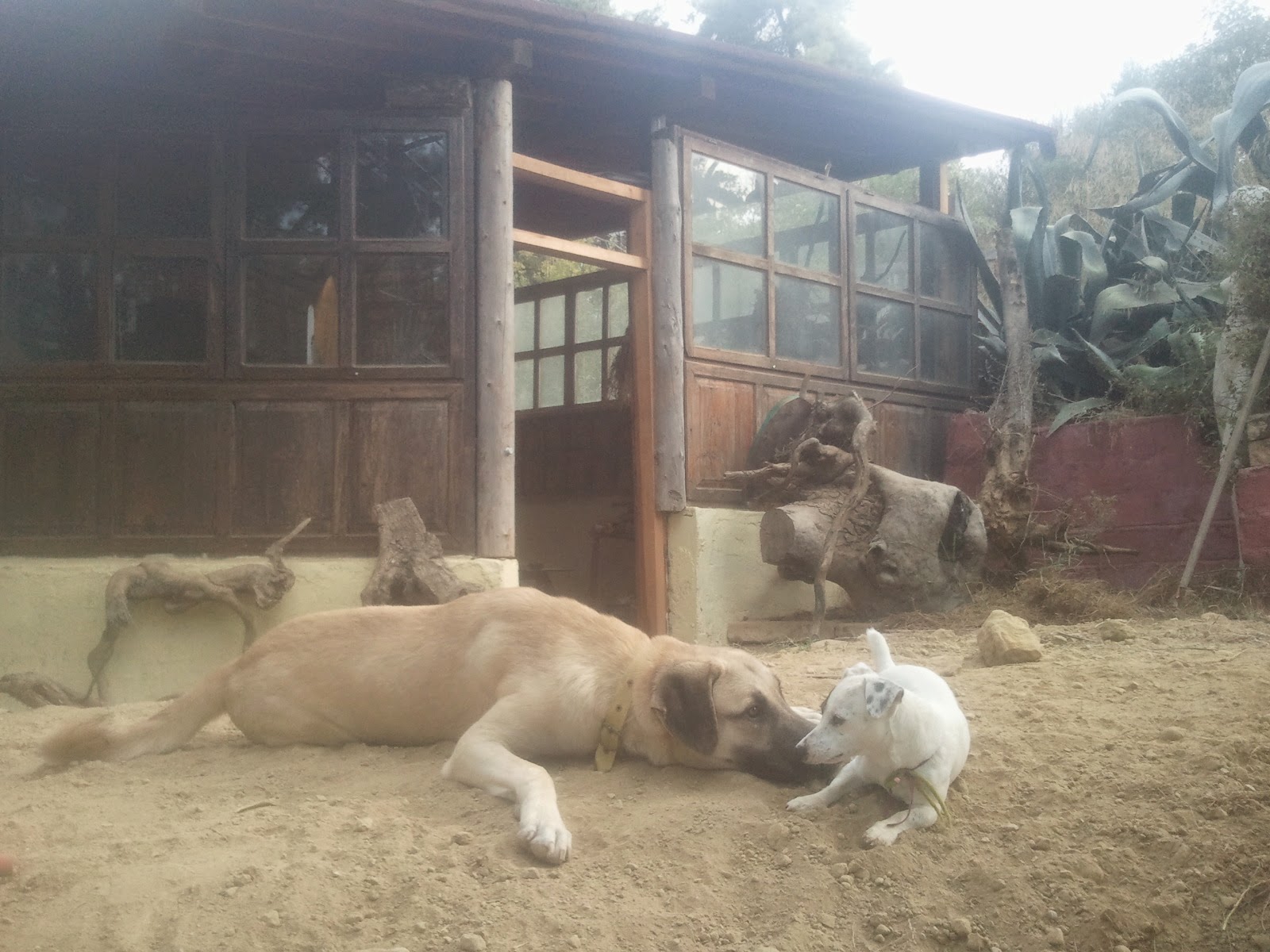 As you can see size doesn't matter. 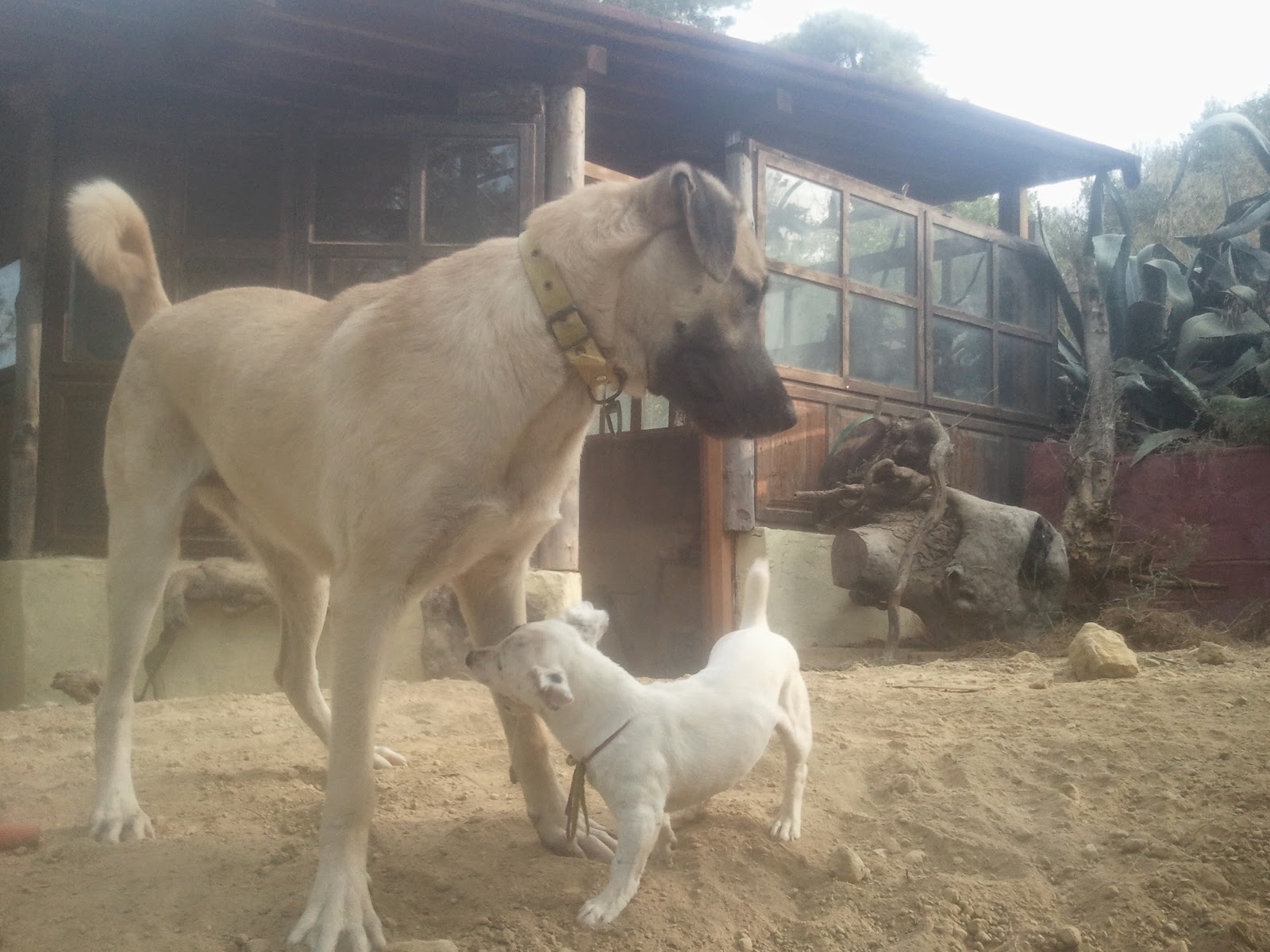 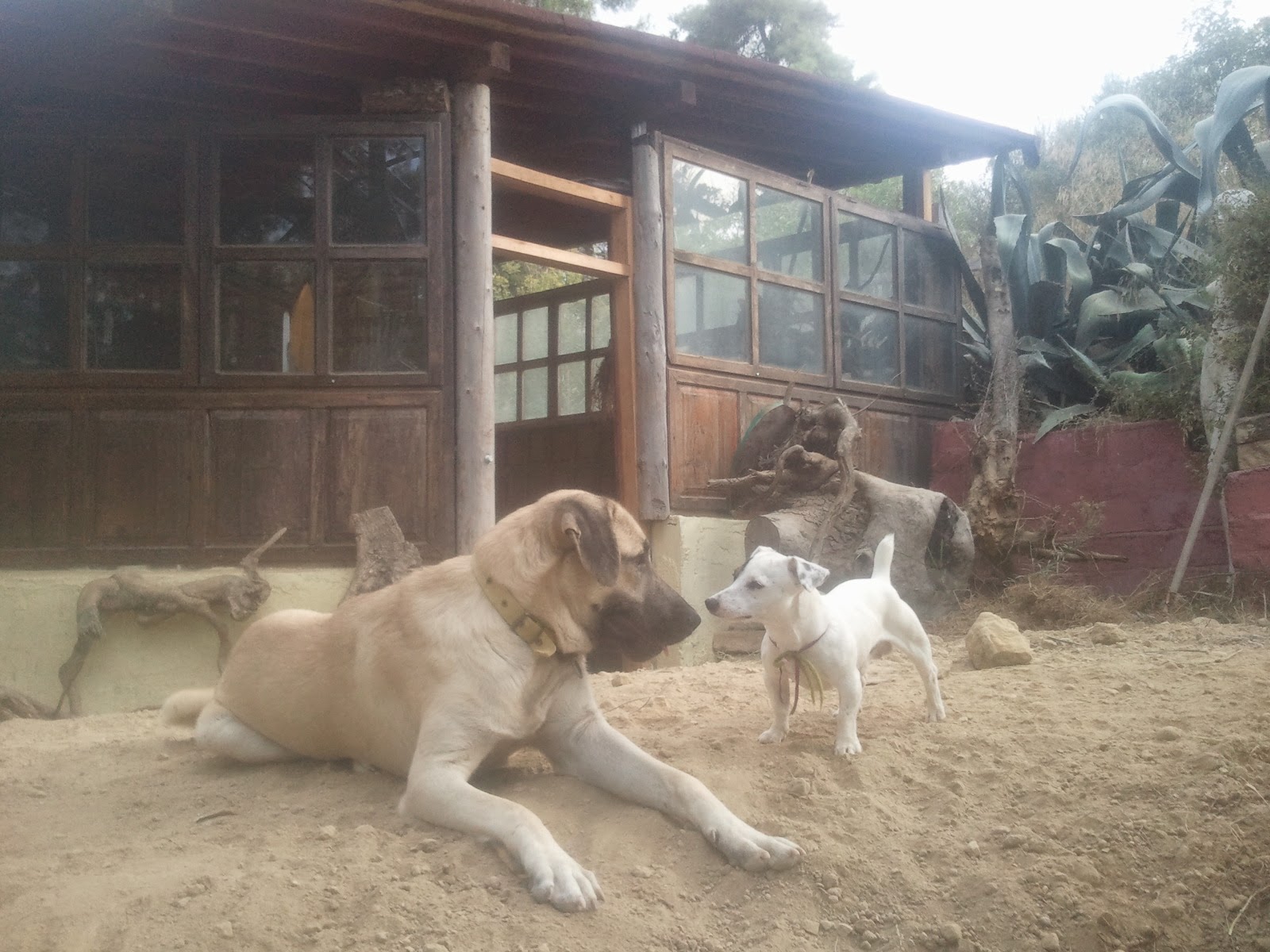 The place itself is like a botanical garden with an organic pool inside it. Like all the time i spend most of the time at the pool side with my new cool mates. 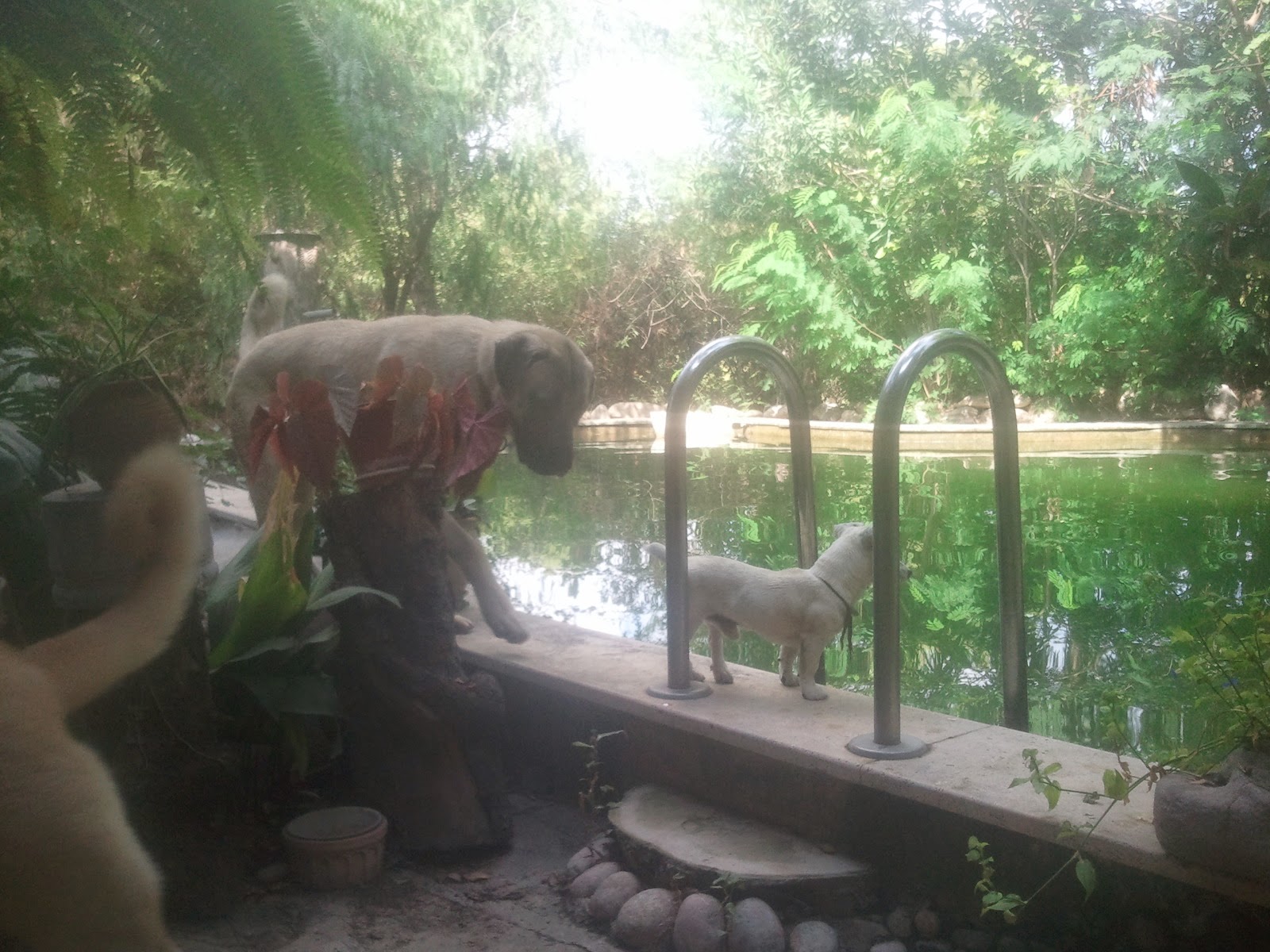 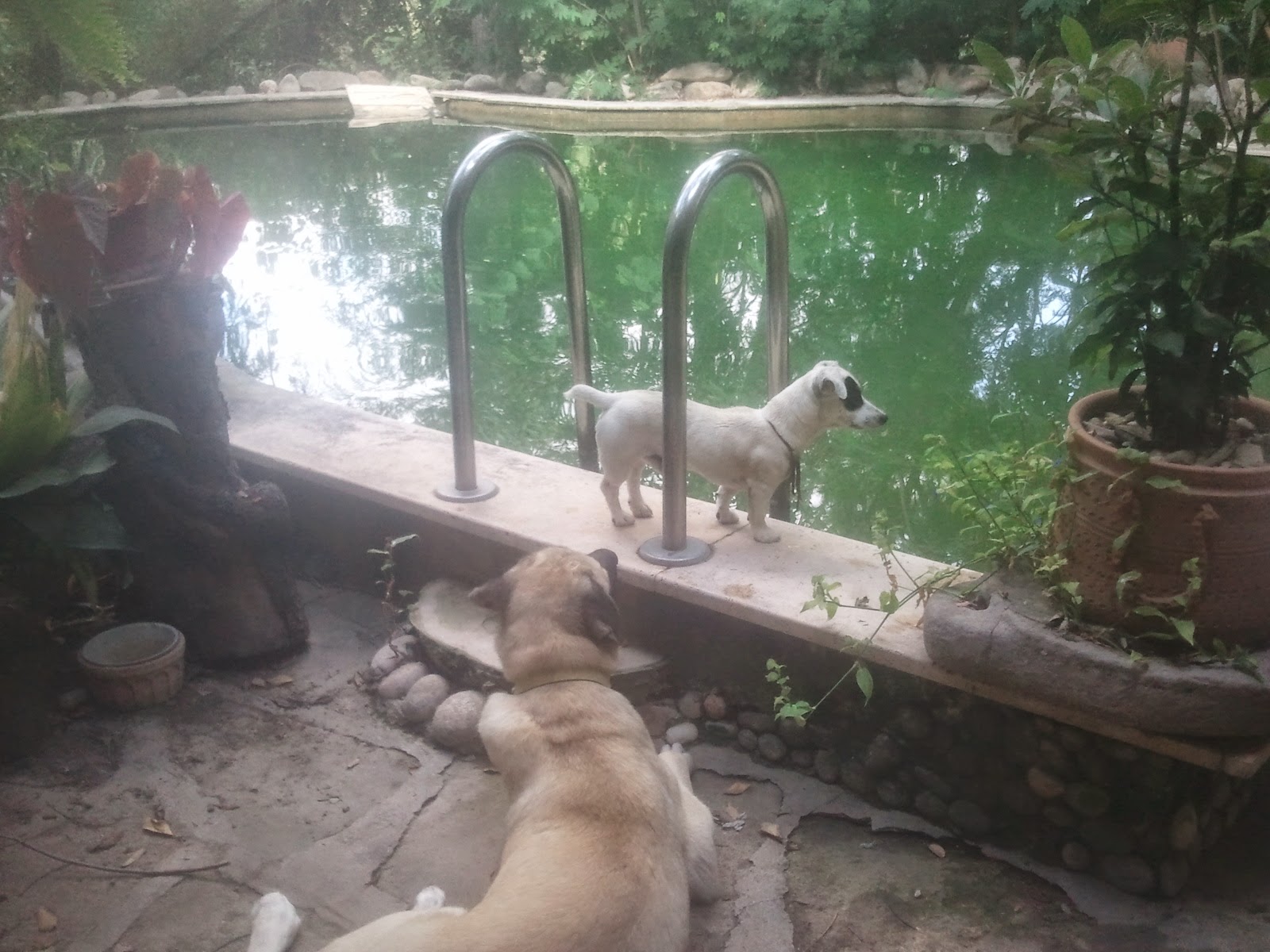 In the morning after having a little swimming at the pool my Roman friends slowly by slowly wokes up and then we return back to our paradise to continue on working for the J-Fest Juggling Festival. It was only a day trip for three of us but it is just the beginning of a long journey for these two youngsters. I personally enjoy witnessing it and i hope you do it as much as i do.

Posted by lemmysjourney at 4:13 AM