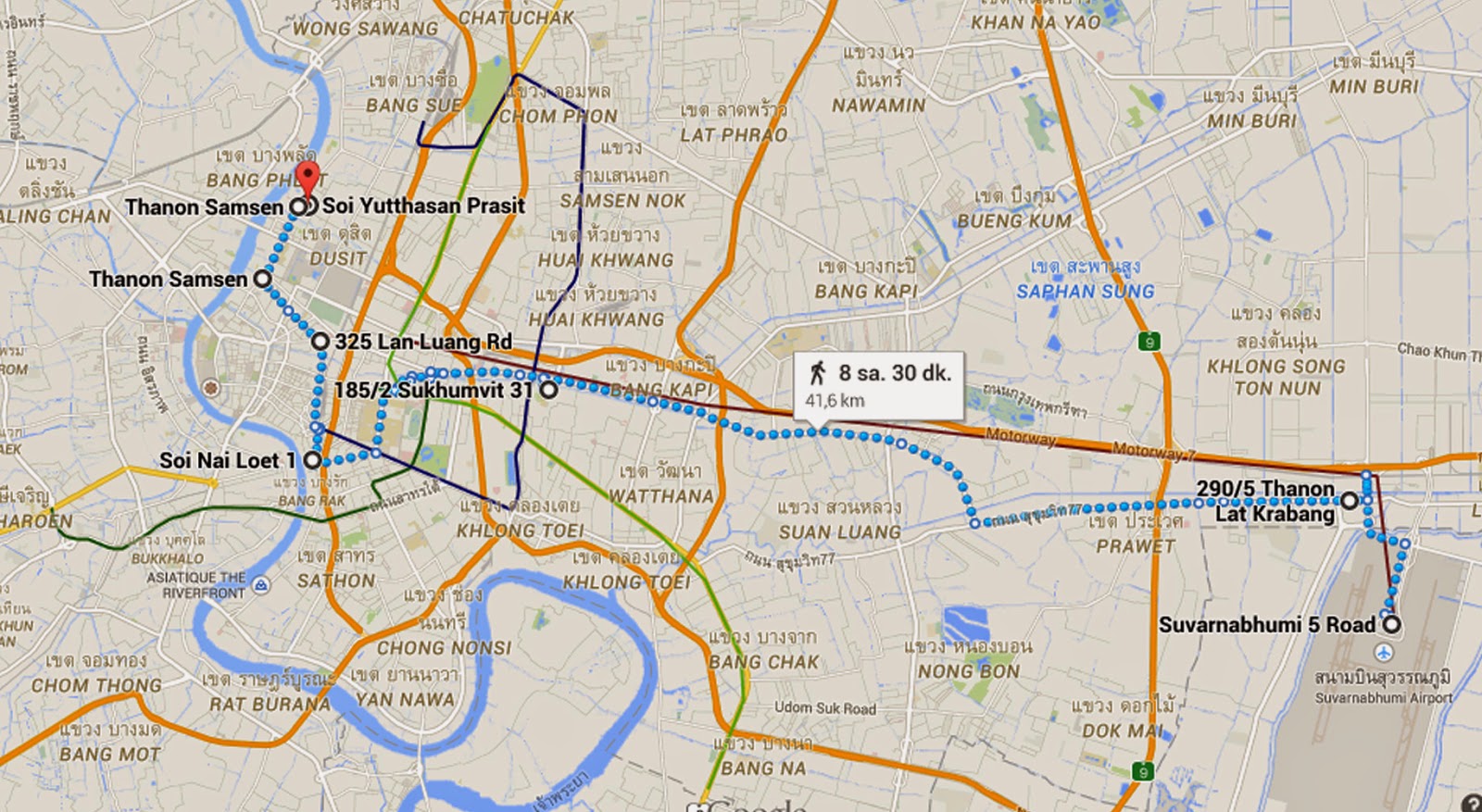 Here's our path to the guesthouse from the airport. It takes 3 or 4 hours to get and around 40 km on total. I am just guessing it since we don't use a map or a watch

Hey guys! This is Lemmy reporting finally from Bangkok. Please excuse us for this delayed post due to some technical problems we couldn't solve yet. Our camera got stuck and we couldn't import the crazy Bangkok cycling videos. Hopefully we will sort that out somehow and share it with you all soon. Anyway, it's our third day so far and it is amazing to be here i should say. I couldn't still adapted to the food here as well as the smell. My long nose never been sniffed such a sharp smell since years. Culu at first shared his food with me but then he gave up since i have no interest at all with these sweet-spicy delicacies. And there's no more doner shops at the corners at all. At last, Culu went in a pet shop and got me some proper dog food and now i am ok. Boy, i was starving at the first two days. So let me tell you about our first days.
The plane ride was my longest voyage until now. It is bizarre to take an eight and a half hours trip in a cage. But i knew Culu got something crazy special for me when we get wherever we were heading. And yes when we arrive to the land of smiles we both were thinking it is worth to be here. At the airport Culu went to collect some papers and documentations for me when i was still in the cage. Then this thai vets told him that he can open the door of my tiny cage and i was free as a dog. Then we went together to get our bags and bicycle. He reassembles it and we went out of the airport.
Culu is a really crazy guy that he start pedaling right away even it is his first time to Bangkok as well. We had no map and no gps to check but his memory to trust. Before we come here he was constantly checking google earth the path he might use. And i couldn't believe how he manages to find he's way in a huge city like Bangkok. It seems like he knows what he was doing. At the end he took both of us to this little guest house near the district called Dusit. For the first week we choose a cheap guesthouse run by a thai family. We thought it would be cool to get in the thai culture as fast as we can by observing their way of life and to learn a bit the basics of thai language. After putting our bags in the room we quickly went out for a walk in our new district and check the food stalls all around the streets. We were exhausted from the trip and came back to the guesthouse and put ourselves to the bed for a nap. When we wake up it is about nine o'clock and again Culu wanted to walk and explore the neighbourhood. On the way back home we met with this two french guys and had some beer with them and chat on the street. We came back late and went back to sleep again. It is definitely safe to be alone walking outside. We saw bunch of rat crews trying to find some snacks. I even met some thai dudes sniffing my ass and get confused by learning where i'm from. 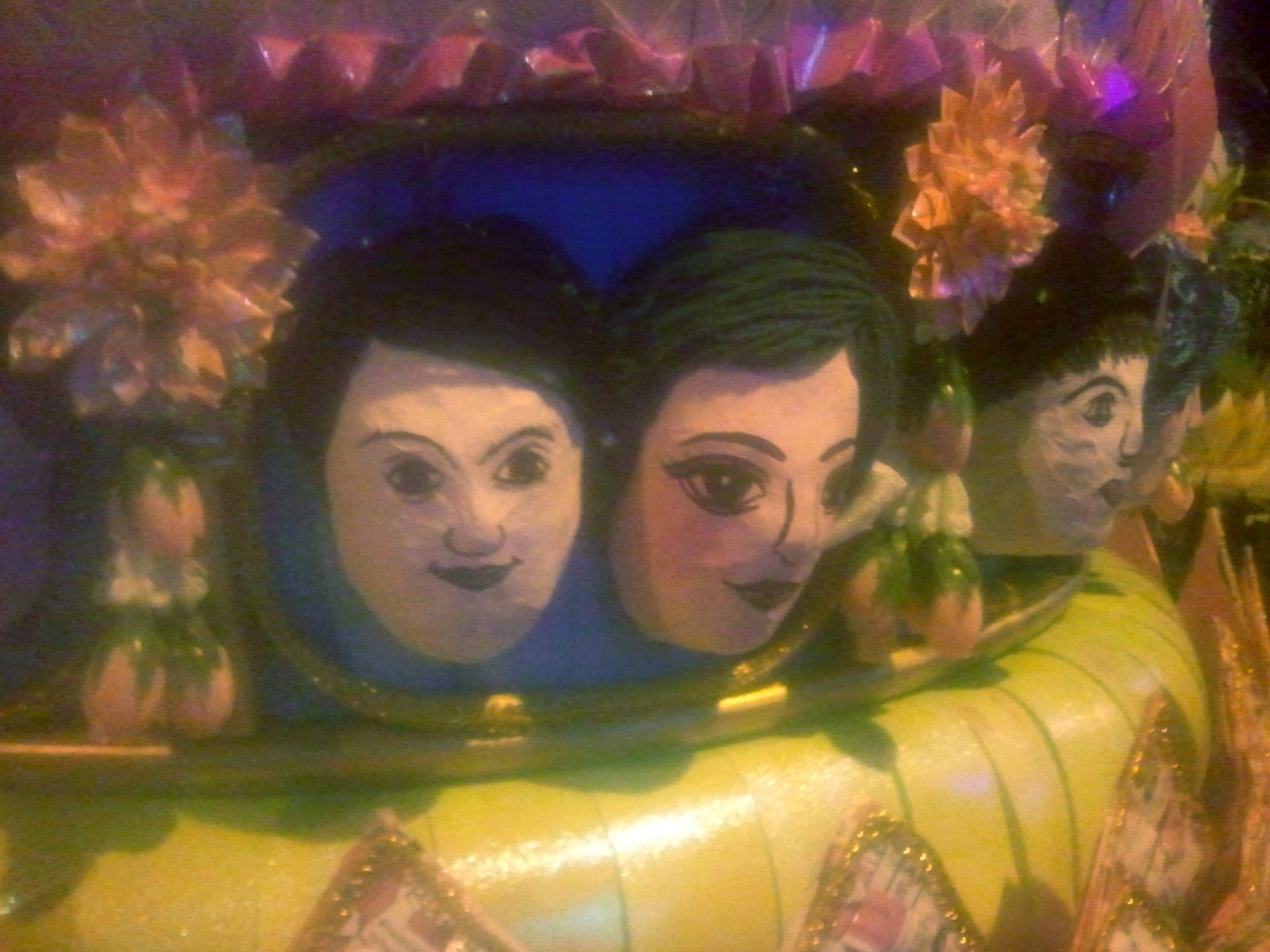 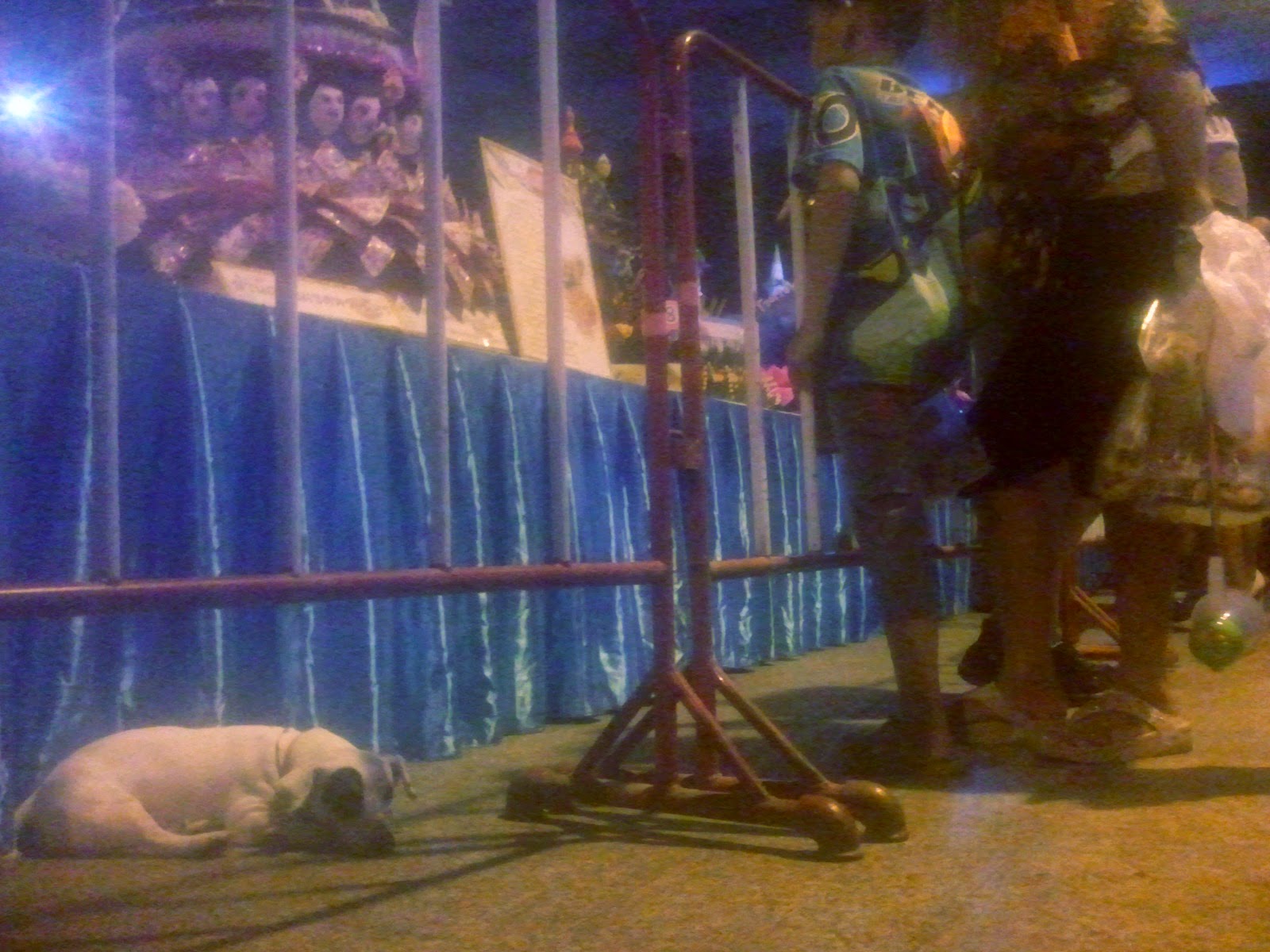 At the second day we woke up early and quickly start riding in the city, around the temples, in chinatown and so on. In the evening we went to check if our french guys were at their place and luckily we found them and we went to the festival "Loy Krathong" all together. It takes place every year early November and huge crowds come and leave their lotus shaped gifts to float on the river Mae Nam Chao Phraya. I think it is about giving respect to the river who brought life to these very relaxed natured people. There were huge packs of people and floating stages all along the river as well as huge fireworks and music going on during the night untill late at night like four o'clock. It was a pitty that our bike was with us while people were staring at us.  I felt like a star by being the center of attraction for the thai people. Everyone was greeting us and trying to chat during the night. Then we return back to the hostel where all those french guys staying cuz they were leaving in the morning to Krabi.
Now we are at our third day slept all day long and just waking up to write these to cease a little bit of your curiosity. Sorry for not being able to share the "Crazy Bangkok Ride" video but as i told you Culu will sort that out hopefully soon and we start again with the images. It's been going more than good and we are very happy to be here. Have a great day until the next one.
Posted by lemmysjourney at 1:26 AM